The Halloween season is never complete without the traditional Pumpkin Trail at Primrose Vale in Cheltenham.

This year the week-long Pumpkin Trail event at Primrose Vale was opened on 25 October by an excited group of children from the local Belmont School on a Pumpkin “Enrichment Day” organised by Mrs Jackie Nelmes their class teacher.

Mrs Nelmes has just returned from spending a year’s teacher-exchange in Kankakee, Illinois, USA.  Illinois grows more pumpkins than anywhere else in the world, in particular the Jack-o’-Lantern pumpkin that is used for Halloween.

The youngsters had enormous fun seeing how pumpkins grow and following the trail, taking part in its ten varied stands, each completely new and created specially for the season.

The attractions included a spooky tunnel maze with some unexpected surprises in the dark, a giant spider’s web 60 feet across and a pumpkin rolling into ghoulish goals.

Mrs Nelmes said: “It is a wonderful opportunity for Belmont pupils to visit Primrose Vale farm to see the pumpkins growing in the field before picking one to either take home or for their class.  It is important that children can learn about what the local farmers grow in the fields and hopefully encourage their parents to buy and cook using fresh local produce.”

Mrs Nelmes added: “Mr Paul Keen the farmer has been very supportive and has already met Class 2.3 from Belmont last term when the pupils were learning about corn.  He talked to them about how corn grows and then the pupils picked some corn cobs.”

Back in Class afterwards, Mrs Nelmes and the pupils made popcorn from corn that she brought back with her from America.  It was amazing to see the popcorn after it had been cooked in the microwave!

Farmer and owner Paul Keene said: “We really love putting on the Pumpkin Trail each Halloween.  And it’s been great to see the youngsters from Belmont School enjoying themselves so much – out in the fresh air and active, taking on all the different challenges, tasks and puzzles that we’ve constructed for them.  They’ve been a real credit to the school.”

“The excitement over the competitions in the trail has been at fever-pitch.  And this year we expect a “best ever” in the Great Pumpkin Pyramid contest!” 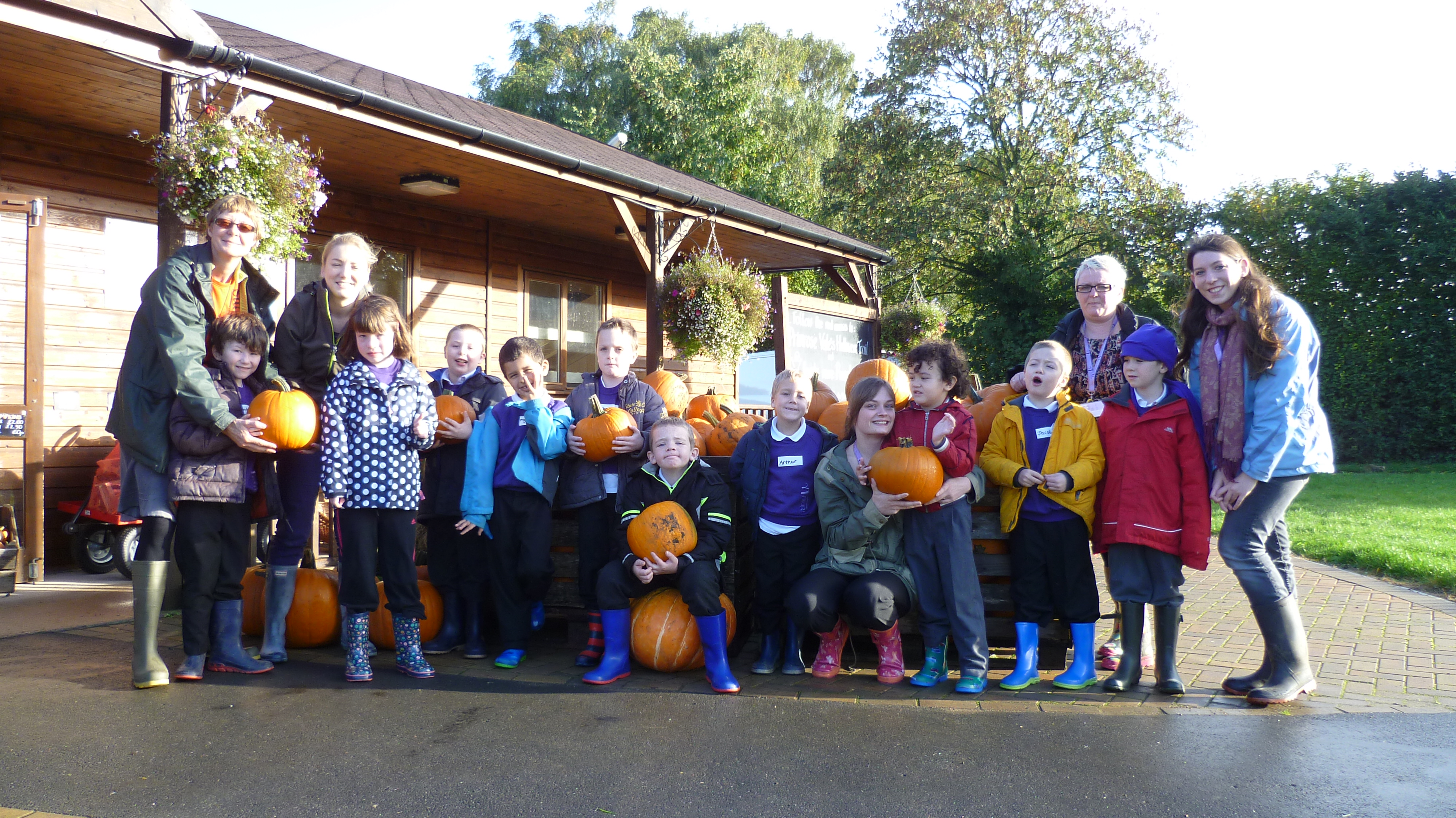 Primrose Vale, on the Shurdington Road south of Cheltenham, offers many kinds of “pick your own” fruit in season and an extensive range of quality local produce in the Farm Shop throughout the year.  Drinks and light snacks are available through the picking season.

Founded in 1999, Primrose Vale is run by farming partners Paul and Charlotte Keene.

Primrose Vale is very child-friendly, and has a permanent play area with a sandpit, swings and slides.